Why You Need a House Washing!

What are the Dirt Colors on My Delmarva House?* 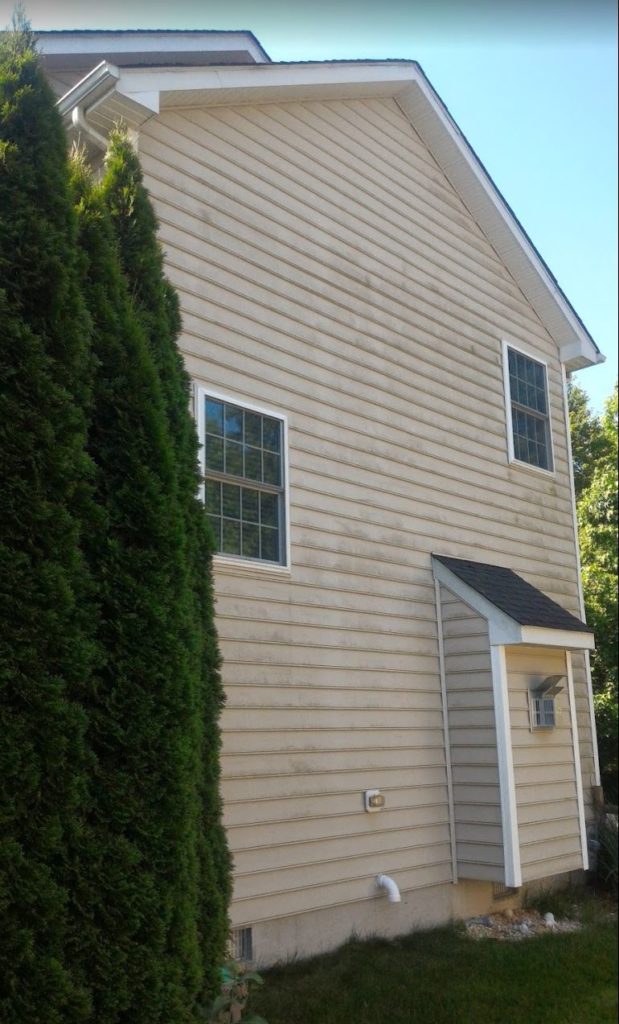 These are the colors that will typically be seen here in Delmarva’s Mid Atlantic states of Maryland, Delaware and Virginia on the Peninsula. We are closer to water and moisture so typically most all homes will be marred by one or multiple stains below. What dirt color is affecting your home?

Sage to Lime Green: Lichen. Typically found on the roof’s northern often shaded side. Lichen must be removed as it grows roots that can shorten the life of your roof.

Black (on roof): Mold. Characteristic of black soot like streaks on roofs. Since roofs are made presently with some limestone instead of just asphalt like decades past. The organic limestone feeds algae causing the mold streaks particularly on the north side. Therefore, pretty much all roofs will get at least black streaks of mold in time.

The dirtier the house, the easier it is to clean

Dark Grey or Black: Mildew/Mold. This can be seen throughout a home’s exterior that has not been cleaned in some time.

Black Dots: Artillery fungus spores. This is typically caused by spores growing in dark mulch and is attracted to light colored siding. The spores then launch their ‘artillery’ at  the siding. While it is near impossible to clean, you can stop the spores by getting rid of the hardwood mulch and perhaps going with stone or another type of mulch where spores will not grow.

Brownish Grey (with shades of Green): Algae/mildew mixed. Dirt and dust typically under a porch or eave. Construction dirt.

Orange, Rusty Orange: Iron. This could be from a tint of orange to a deep vermilion. Any and all of it is characteristic of iron.

Medium Brown: Mud Dauber Insect or other insect nest. Some of these insects make nest on the siding others under the siding. A professional power washer should go back to make sure no insect nest is leeching from under the siding which can cause permanent brown stains that difficult to remove when dried.

Dark Brown: Bird’s nest mud. We will happily clean off these nest as long as mother chicks have flown the coop.

Pale Yellow: Pollen. From March-June every home here gets hit with Pollen, but is easily removed with House Washing.

Grayish White: Salt. With the consistency of skim milk the salt will be noticed near the ocean on windows when soft washing them.

White to off White (powder): Oxidation. Oxidation is a ‘pre existing condition’ typically on the south or sunny side(s) of a home. It is NOT dirt but a break down on the molecular level of the siding itself. An inexperienced power washer will leave streaks on your siding if it has oxidation present.

To test for oxidation, rub your fingers on the siding of the south side of the house. If a white chalk-like powder comes off on your fingers, you have oxidation! 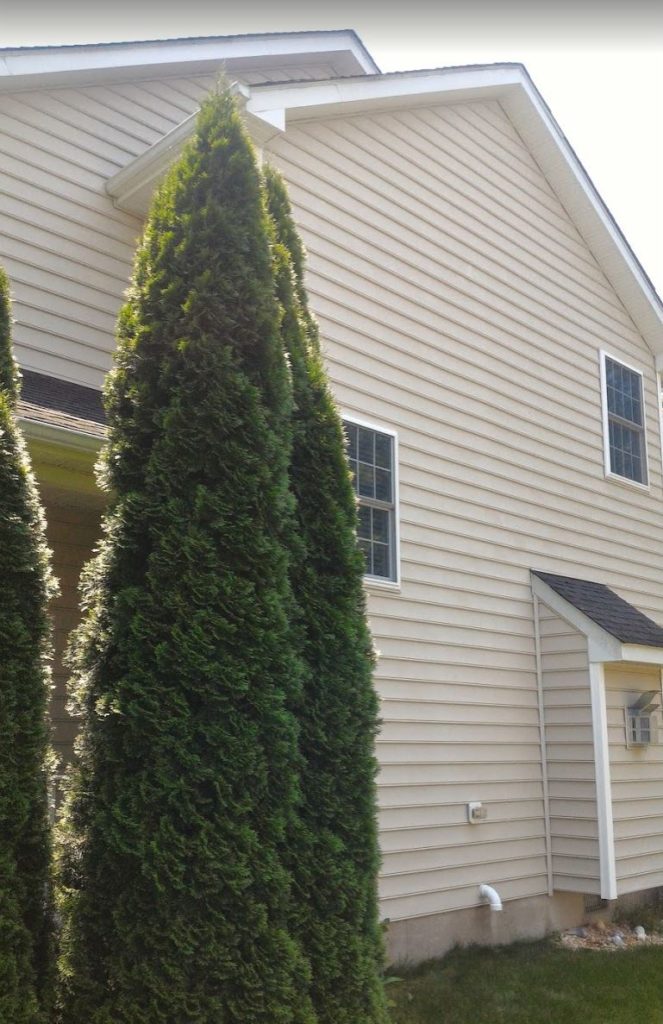 The good news, all of these dirt colors can be removed with House Washing …

Believe it or not, The dirtier the house, the easier it is to clean. The cleaner side of the house is actually the bigger challenge because of the chance of oxidation. That’s good news for Delaware, Maryland and Virginia on the Delmarva peninsula, near the beaches, bay and inland properties as well.

Everything above can be cleaned except Artillery Fungus Spores. Oxidation has to be dealt with as an individual case and is worse with some siding colors such as tan or blue.

Here at DeckResurrect, we can clean your house and remove these unsightly stains from your precious Maryland and Delaware home. Give us a call at (410) 499-9209 or fill out the form on the sidebar and we will contact you within 24 hrs.

*Colors of dirt vary in shades to tints or other hues and are based on observation in the Mid Atlantic states. The above is neither an exhaustive or scientific study but based on over 25 years of observation in exterior cleaning.

Next post: We Can Disinfect the Exterior of Your House or Property!